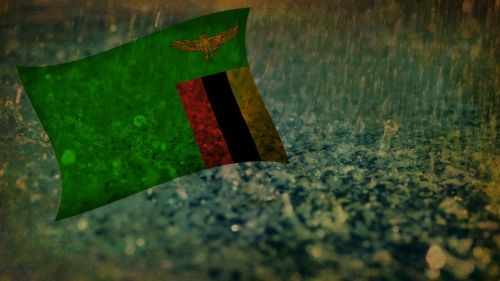 The Reuters article below pretty much sums up the situation here in Zambia. The article is dated October 15th, and, in that time (at least, in our part of Zambia), it’s only rained briefly a couple of times. The article also doesn’t mention the social consequences of low rainfall. With so many people losing jobs, things like domestic violence, prostitution, crime, drunkenness, etc. all increase. The situation is quite dire for many Zambians, and the consequences to their families are extremely hard. So please PFR with us! PRAY FOR RAIN to come and in an abundance to Zambia and Southern Africa.

“LUSAKA, Zambia Oct 15 (Thomson Reuters Foundation) – Brenda Nglazi Zulu has tried to adapt to the power cuts that sometimes leave her home in the capital Lusaka without electricity for half the day. She bought a gas stove and installed solar panels to help keep her lights on.

But the cost to her career as a freelance journalist and researcher is becoming intolerable. Her monthly income has dropped by more than half, because most of the day she can’t work at all.

“I now only work when electricity is available to power my mobile phone and my laptop,” said Zulu, 45. “Initially it used to be two to four hours of no electricity, but now we go eight hours to 12 hours a day without power.”

With increasingly erratic seasonal rainfall causing severe water shortages at Zambia’s hydropower plants, Zesco, the country’s sole power utility, says it has been forced to cut back on electricity supply to households and industries.

The lack of reliable power is hitting Zambia’s economy, as people struggle to make a living without electricity half the day, experts say. Unless heavy rains come to Zambia soon, they add, the country will face a heavy economic bill from climate change.

In June, Zesco released a statement saying that erratic rainfall over the last two years has resulted in low water supplies at both its Kariba North Power Station in the southern part of the country and nearby Kafue Gorge Station.

According to the Zambia Meteorological Development agency, annual rainfall has dropped from an average 1,200 mm to below 600 mm in most areas over the last two years.

The Famine Early Warning Systems Network (FEWS NET) predicts that the current El Nino weather event will only make things worse: “With El Nino forecast to continue into the first quarter of 2016, suppressed rainfall is likely over many regions during the coming rainy season, including in southern Africa, America, and the Caribbean.”

Continued low rainfall could have a huge impact on the country’s economy, experts warn.

The country’s copper mining industry, which accounts for 70 percent of Zambia’s foreign exchange earnings, has already been hobbled by the country’s power problem.

In September, Anglo-Swiss mining and commodity trading giant Glencore, which owns a large share of Zambia’s Mopani Copper Mines, told the Zambian government it plans to lay off workers and cited power supply shortages as one of the factors behind the decision to downsize, alongside dropping copper prices.

Also in September, copper mining firm Luanshya Copper Mines said in a statement it had cut production and sent some 1,200 workers on forced leave after reducing the mine’s operational hours to compensate for the electricity shortage.

The National Union of Miners Workers has since requested an emergency dialogue with the parties involved to try to save the mining jobs.

Climate experts say that the damage low rainfall does to the country’s economy could also have a destructive impact on its environment.

“(The power shortage) may lead to soaring deforestation and further compounding on global warming as more households resort to wood and charcoal for cooking and heating,” said Chileshe Musonda, coordinator at the Zambia Climate Change Network in Lusaka.

According to figures from the Zambia Forestry Department, the country already loses between 250,000 and 300,000 hectares of forest every year, mainly due to the production of charcoal.

Recently, the government announced plans to build a 750 MW hydropower plant to ease the pressure on existing power stations. But that may take up to 10 to 15 years to be fully operational, the ministry of energy said, and changing rainfall patterns could also affects its operations.

In the meantime, power company Zesco says all that Zambians can do is hope for rain – lots of it.

In a statement released in July, senior manager Readley Makaliki said the company needs two or three normal to above-normal rainfall seasons to get back to its usual energy production patterns.

“The key thing to note is that even when the rains come either in November or December, (the power supply) won’t normalise,” he said.

This entry was posted in Africa, Life in Zambia, Prayer, Update about Zambia and tagged PFR, Pray for Rain!. Bookmark the permalink.

One response to “PFR (Pray For Rain!)”