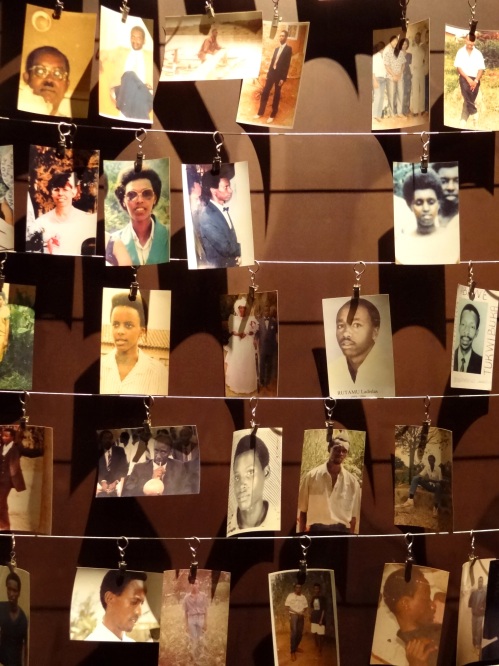 The 20th anniversary of the horrific Rwandan Genocide that killed close to a million men, women, and children, which started on April 7th, 1994 and lasted till July 15th, 1994 is being remembered in Rwanda and around the world this month and in the upcoming months.

If you don’t know much about the Rwandan Genocide, it’s more than worth taking some time and searching the scores of news articles (the New York Times article is below) that commemorate this horrific world event that took place so recently.

There are also a lot of good books and films out there that talk about this terrible event. Even just reading through the Wikipedia article (found here) gives a good snapshot of what happened. I’ve also read Left To Tell and As We Forgive, two really good books on the genocide and what happened after it was over. The movie Hotel Rwanda is also a good movie to watch, as well as others, that help show what happened.

But most importantly, take time to remember and pray for Rwanda and it’s people that still bear so many scars – physically, emotionally, and spiritually from these unbelievably dark and gruesome days in 1994.

“LONDON — Rwanda on Monday commemorated the 20th anniversary of the genocide there with a fusion of tears, recrimination and regret at the killing of more than 800,000 people in 100 days that shocked the world, redrew regional battle lines and continues to shape the debate over how nations should respond to mass atrocities.

With sectarian bloodshed staining conflicts from Syria to the Central African Republic, the ceremonies offered a reminder of the volatile torrents that have coursed through modern times, propelled by differences of faith, clan or ethnicity, often leaving the outside world on the sidelines.

“We must not be left to utter the words ‘never again,’ again and again,” the United Nations secretary general, Ban Ki-moon, told a crowd packing a soccer stadium in Kigali, the Rwandan capital, acknowledging oft-voiced criticism of the world body for its delays and failings during the 1994 slaughter.

He added, “The world has yet to fully overcome its divisions, its indifference, its moral blind spots.”

The genocide began after an airplane carrying President Juvenal Habyarimana of the majority Hutus was shot down on April 6, 1994. Almost immediately, roadblocks sprang up. The killing of minority Tutsis and moderate Hutus by soldiers and Hutu extremists began.

Churches were burned to the ground with congregants inside. Homes were attacked. The slaughter with guns, grenades and machetes offered mercy to no generation, from infants to grandparents.

Since the bloodletting, President Paul Kagame, the onetime leader of rebel Tutsis who marched in to quell the killing, has sought to project his land as a haven of stability and a magnet for investment in a turbulent region. He has taken credit for creating a functioning health care system, raising living standards and improving women’s rights.

“Today we have a reason to celebrate the normal moments of life, that are easy for others to take for granted,” Mr. Kagame was quoted in news reports as saying. “If the genocide reveals humanity’s shocking capacity for human cruelty, Rwanda’s choices show its capacity for renewal.”

As some in the crowd recalled the days of horror, many wailed and screamed, witnesses said. But the grief of the survivors was soured by diplomatic tensions between France and Mr. Kagame.

Before the commemorations, Mr. Kagame rekindled an old dispute with France — an influential player in francophone Africa, though Rwanda had once been a Belgian colony — accusing France of helping the killers escape and of playing a “direct role.” He seemed to allude to those allegations, frequently denied by France, as he spoke to the gathering on Monday.

“Behind the words ‘never again’ there is a story whose truth must be told in full,” he said.

“No country is powerful enough, even when they think they are, to change the facts,” Mr. Kagame said in a seeming reference to France, Reuters reported. “Facts are stubborn.”

In response, France, which aided the Hutu-dominated military under President Habyarimana, canceled plans for its justice minister, Christiane Taubira, to attend Monday’s ceremony. Overnight, the French ambassador in Kigali, Michel Flesch, said he was told by an official that he was no longer accredited to attend the memorial, news reports said.

The theme of Rwanda’s renewal was echoed by other leaders.

“Twenty years ago today our country fell into deep ditches of darkness,” said Rwanda’s minister of foreign affairs, Louise Mushikiwabo, according to The Associated Press. “Twenty years later, today, we are a country united and a nation elevated.”

Critics have accused Mr. Kagame of running a regime that tolerates no dissent, and of sponsoring rebels in the chaos of the eastern Democratic Republic of Congo, Rwanda’s neighbor — allegations that he has strenuously rejected.

At the ceremony, attended by several African leaders and senior officials from Europe and the United States, Mr. Kagame and Mr. Ban lit a flame that is set to burn for 100 days — the same length of time it took for the slaughter to unfold.”