Be Careful What You Say

Here in America, we enjoy freedom of speech for the most part, as was particularly noticed during the recent elections. But many countries in the world take much greater care in what is said in the country and about the country. 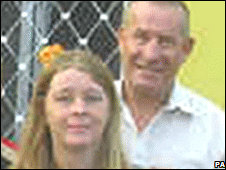 put out by the BBC tells of the shocking and sobering fate of a British missionary couple in the Gambia, who “was sentenced in December with his wife after they admitted sending e-mails critical of the country’s government to friends back home.” Now, further charges are being raised, which could add another one and a half years to Mr. Fulton’s imprisonment.

Hopefully, this serves as a grave reminder to all of us, but especially to the missionaries out there, to be careful what we say. It sure has for me!

This entry was posted in Africa. Bookmark the permalink.